In this post I want to share with you a video of an amazing man named Luke Diamond, a Cree hunter and trapper from Waskaganish, Quebec, on the southern tip of James Bay.

In 2016, in my position as Sr. Vice-President of International Marketing for North American Fur Auctions (NAFA), formerly the Hudson’s Bay Fur Sales Company, I commissioned award winning, freelance photographer and videographer, Tyler Anderson to travel across Canada to capture the extraordinary lives of people who live mostly from the land providing for their families and communities.  This is just one of those unique and almost unbelievable stories. 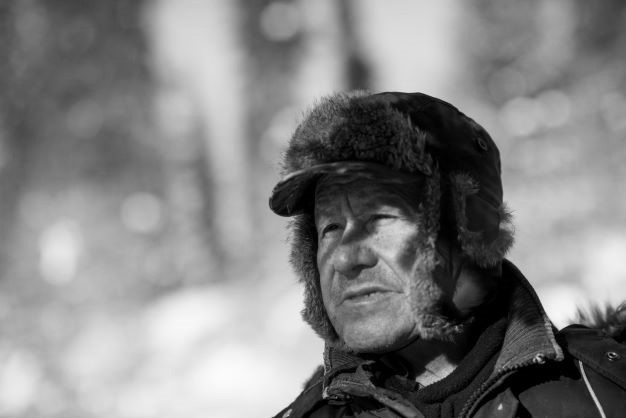 On this journey to meet with Luke Diamond and his family, NAFA Creative Director, Cody Bokshawan (found on Vimeo as TrustinTimber) went with Tyler for the filming and produced this short documentary of Luke.  Sadly, Luke passed away less than a year after shooting the video, after a short battle with Cancer.  His family have cherished this video as a homage to a good, kind and generous man, and I am pleased to be able to share it with you. 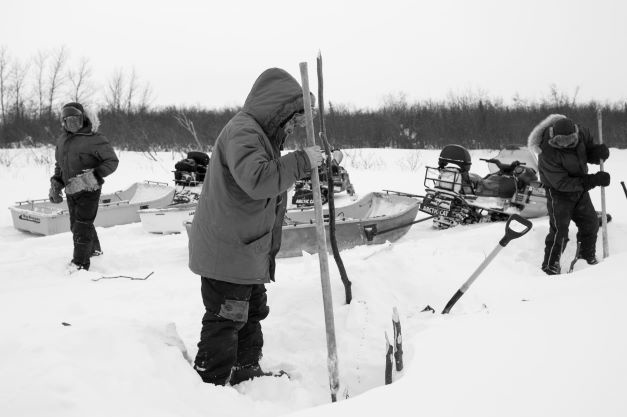 In the video, you will see Luke at his winter camp, with his wife and family, showing a way of life that has supported his people for hundreds, if not thousands of years.  Luke will talk about the beaver and its importance to him, his people and other wildlife for food and income.  It is believed that Luke’s ancestors were some of the first people to start trading/selling furs to the Hudson’s Bay Company (HBC) from around 1670.  They have done it ever since — over 350 years, or 100 generations of sustainable harvest and community support. 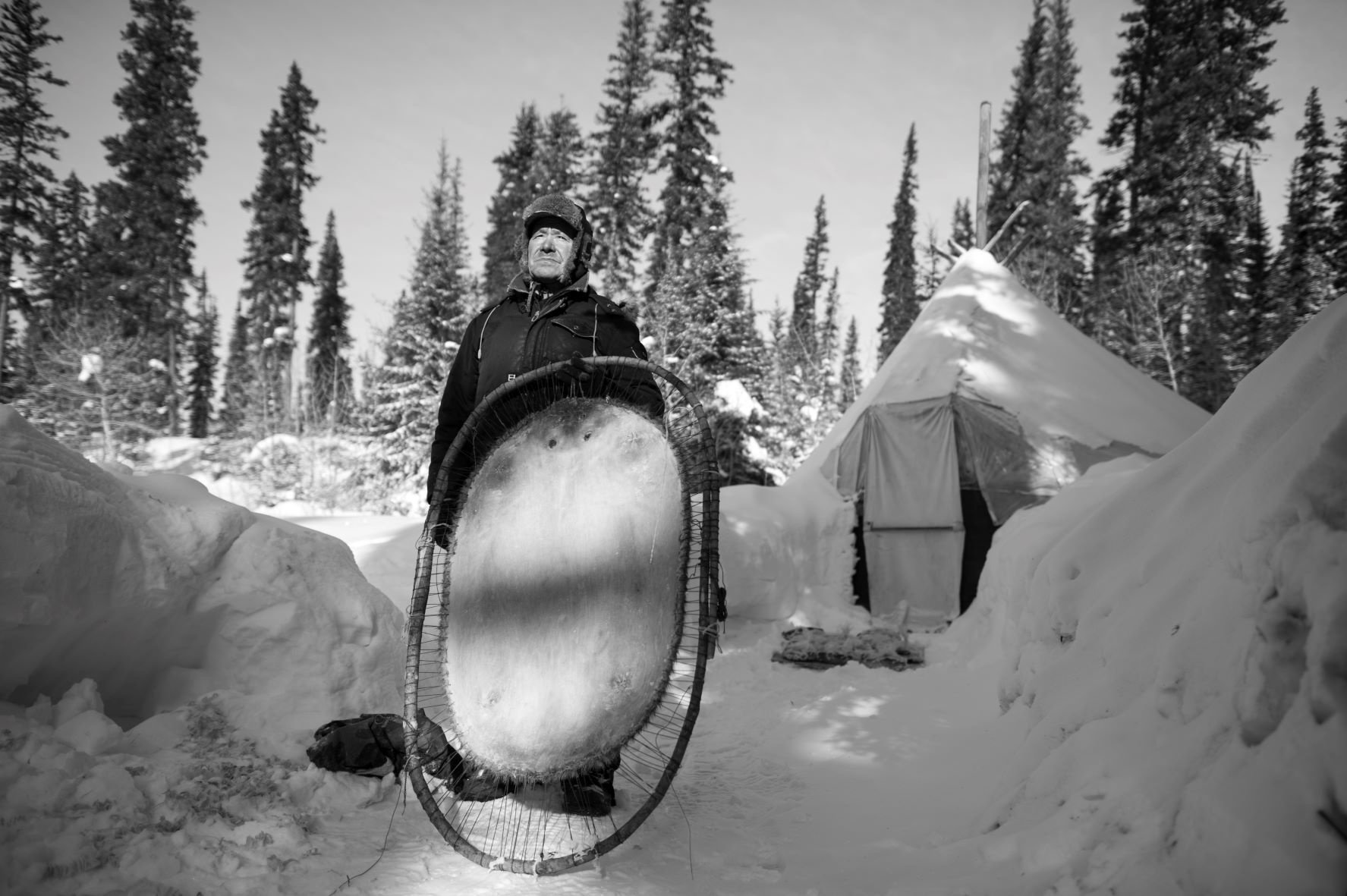 It may be difficult for many of us to comprehend, but this is what life on the land is like to this day, for tens of thousands of people and families.  Fur harvesting is only a part of it.  Harvesting a small amount of the animals from the land every year helps to keep populations at healthy levels and maintain a healthy, local habitat, while providing some income to people who choose this very remote and natural way of life.  And, after 400 years of commercial harvest, this lifestyle can still support families, communities and healthy abundant wildlife populations.

Luke tells how some years he earned $50,000 and some years less than $5,000, all dependent on the fur markets at the time.  But he also talks about the value the meat is to his community, which is far more valuable than the revenue from the pelt and the beaver castoreum sales. 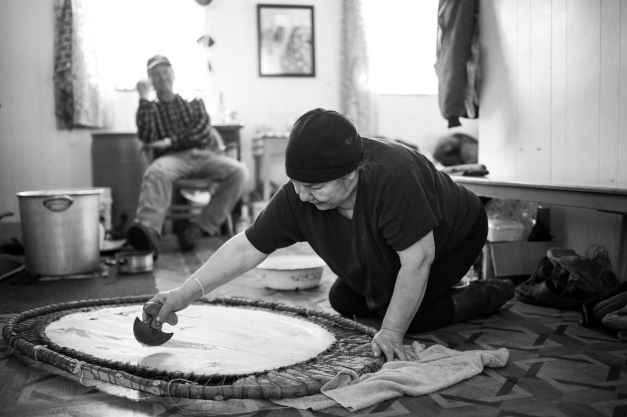 Whenever Luke would go into town, he would load his truck with whatever meat he had at the time, typically beaver meat, moose and fish.  He would park in the center of town and pull the tarp from the back of his truck.  People from the community would come to greet him and take some meat for their family - no money exchanged.   Luke, his wife, son and grandson fed communities of people from his trapline for years and carried on a tradition that helped maintain food security in remote northern communities, where jobs and growing food from the land are highly limited.

To put this in perspective even more, we often talk about climate change, sustainability and respect for nature.  Here we have an example of one man walking his land every day, looking at animal tracks, species’ presence and absence, understanding available food supply for the beaver (trees/leaves) and other animals that are supported in that environment such as the wolf, lynx, rabbit/hare, otter, fox, marten (American Sable), muskrat, moose, migratory birds (duck/geese), fish, amphibians and more. Luke and other trappers like him understood what it took to be sustainable, well before it was trendy, and they live it. 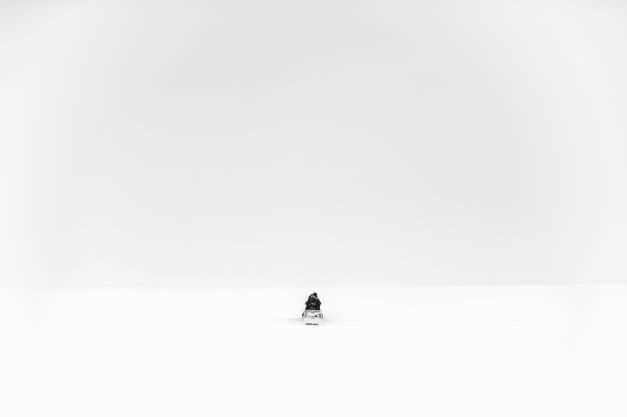 As you will see in the video, the landscape is barren and harsh, with a very short growing season. Life was not easy for Luke, and his story represents one of tens of thousands of people like him in Canada.  The people who continue to play a role in harvesting / managing wildlife, caring for true nature, and providing for their families and communities.

I hope you enjoy this short video with a snapshot into the life of a very special man and people.

This link will take you to the producer of the video, Cody Bokshawan and his Vimeo page for Trustin Timber.  You may find some other videos of interest too.

Feel free to reach out to me anytime to discuss this further.